The world’s population is increasing exponentially, and this increase has led to communities developing within forested areas. This leads to zones that are being designated as Wildland-Urban Interface (WUI). Due to the nature of WUI, construction material must be chosen carefully to ensure better survivability in the event of a wildfire. This is especially important for the roofing material. In order to understand why developers and residents must be so particular about roofing material, it’s important to understand WUI.

What is Wildland-Urban Interface?

The simple definition for WUI is an area that is transitioning from wildlife to a human development and is prone to damage from wildfires. In other words, home are popping up in areas that were not previously occupied by humans and are full of vegetation. While this is the basic definition, the Federal Register gives a more quantitative definition of WUI:

WUI is an area that has at least one home in a 40-acre area and that area is at least 50 percent covered by vegetation. 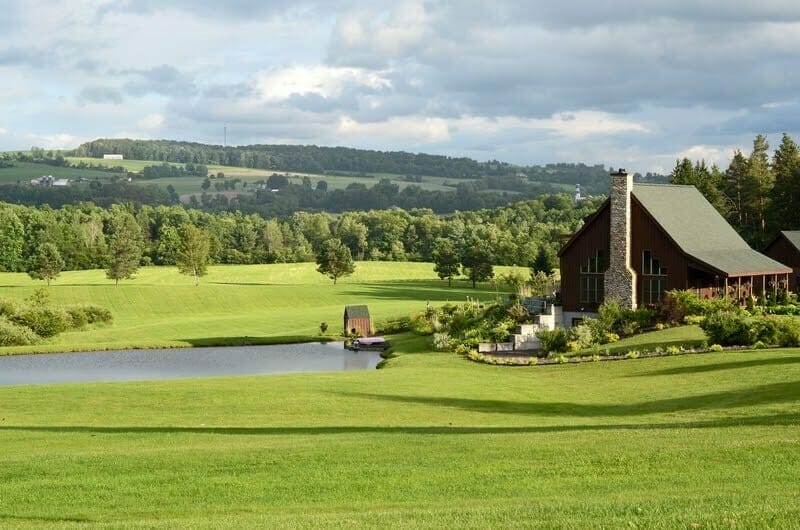 At some point, you’ve probably heard someone say, “He/she lives in the middle of nowhere.” Well, a WUI is the “nowhere” part of that statement. However, these days we see whole towns being built within forested areas – so the subject is not any longer limited to “nowhere”.

Between 1990 and 2010, over 12.6 million new homes were developed in WUI areas in the United States alone. The shift is happening because of socio-economic changes, and it looks like WUI areas will continue to grow in the future.

What Does Roofing Material Have to Do With WUI?

The biggest issue with WUI areas is the fact that they are prone to wildfires. This is due to the high levels of vegetation in those parts. A house doesn’t have to burn down to be damaged from wildfires — simply being in the vicinity of a wildfire can cause extensive damage. This type of damage is known as thermal damage. Thermal damage can wreak havoc on your roof if it’s not built with the right material.

Wind is a catalyst to thermal damage. It can blow the intense heat from the fire right over to a home. It can also blow hot embers that way. These embers can land on the roof, and depending on the roof material, can cause plenty of damage to the point of even setting the roof on fire.

The roof is the biggest, widest, most accessible part of a home. This means that it takes the brunt of the damage. Some damage may be visible while other damage could be internal or could compromise the integrity of the roof. Areas that are especially vulnerable on the roof are valleys, gutters full of debris, roof edges, near chimneys, and around solar panel installations. As mentioned before, the type of roofing material makes a huge difference in the amount of damage that could be done.

Roofing materials can be rated as Class A, B, C, or they can be unrated. For the purposes of this article, we’ll only be discussing class A since it’s highly unlikely for the other type to survive a wildfire. There are certain requirements that a material must meet in order to be classified as a Class A material:

This rating is acceptable for homes in WUI areas, but metal roofing meets these standards plus more. This is because, while Class A materials can withstand flames for long periods of time, they will eventually catch fire. Metal won’t catch on fire. If the home has a metal roof that has been properly installed and maintained all year, the roof will be safe and sound during a fire. Even FEMA recommends that residents of WUI areas install metal roofs on their homes.

Metal roofing construction companies have made great strides with metal roofing. They can shape and mold the metal into the most amazing tiles with nice patterns. Another consideration is that there are other positive points for getting a metal roof. Here are a few:

Making the Switch to Metal Roofs in WUI Areas

For people who live in WUI areas, having a pre-existing roof replaced with a metal roof can be expensive. However, it’s a lot less expensive than having the whole house replaced because the roof caught on fire. There may even be grants available for people in WUI areas who need home renovations for safety reasons.

Some residents of WUI areas may be concerned about getting the roof replaced because there aren’t any metal roofing construction companies in the area. However, professional metal roofing construction companies can travel out to homes in WUI areas to assess what will be required to make it happen. With the number of wildfires on the rise each year, plus the increase in new homes being built in WUI areas annually, it’s more important than ever to protect homes with a nice, new metal roof.

Thinking about adding a metal roof to your property? Contact the experts at Absolute Steel today to get started.